PTSD Impacts More Women Than Men. Learn How You Can Help.

June is PTSD awareness month and New Phoebe House would like to bring attention to this, often, debilitating disorder.

What is PTSD? According to the National Institute of Mental Health, Post-Traumatic Stress Disorder (PTSD) is a disorder that develops in some people who have experienced intense shock, fear or horror in response to an event. The disorder is often associated with combat and with people who have fought in wars. However, it can also occur when a person has witnesses or experiences a life event that has left them helpless or have altered their sense of safety. 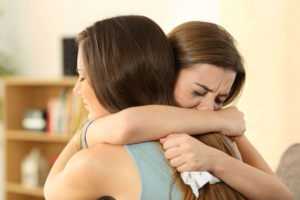 For the women and children in recovery at Phoebe House, PTSD has a profound meaning, as it is often a link to substance abuse and addiction.

Every year millions of men and women experience PTSD and many, who live with the disorder, do not have the resources to get the help they need. Did you know that women are more than twice as likely to develop a post-traumatic stress disorder than men?

Learning the symptoms of PTSD: It’s important to learn as much as you can about PTSD and how it relates to substance abuse and addictions. Experts have found that one of the most important factors in recovery is support.

Listen :   Trauma often needs to be vocalized. Perhaps the easiest way to help is to simply be a good listener. Be honest in your communications, try not to pretend to relate to their trauma by comparing your experiences to their trauma. It’s also important to listen without judgment, disapproval or unsolicited advice.

Encourage professional treatment: Professional help is usually an important step in PTSD recovery, especially when substance and addiction is involved. To learn more about PTSD and how you can help, visit the National Center for PTSD.